Have you ever noticed our beautiful copper-color floor at Little Shop? 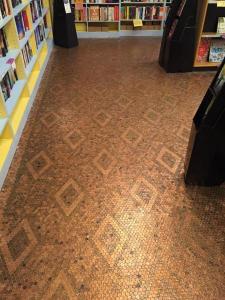 How the floor has different patterns? 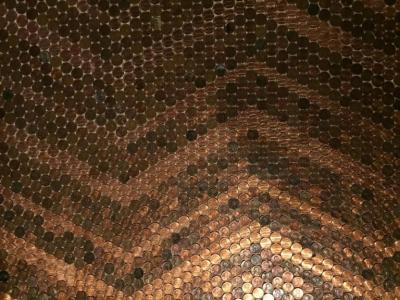 Have you ever looked really, really close? 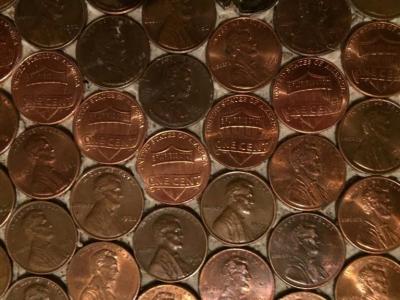 If you have, you’ve noticed that the floor is covered in pennies.

Tens of thousands of pennies.

Hundreds of thousands of pennies.

Covering our floor in pennies is a process.

We committed to doing this in 2013 as a job that was anticipated to take a full year. The idea was to stick pennies on an adhesive mesh backing that was cut into twelve inch squares. These tiles would then be glued to the floor. Unfortunately the pennies refused to hold to the mesh more than 90% of the time and it was difficult to find a glue that would successfully adhere the tiles to our concrete floor. After many, many failed attempts we found that the best solution was to use a product called Liquid Nails. A thin coat is applied to the concrete in small areas and then pennies are laid on top of it. 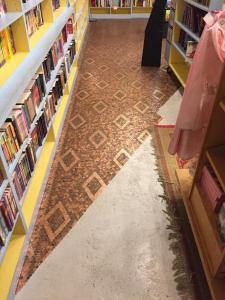 Where do all these pennies come from? 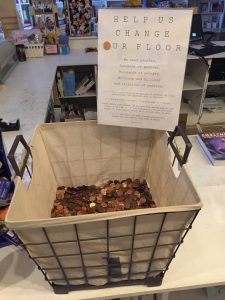 Many are donated by our customers. Not only do people give us pennies, but also nickels, dimes, quarters, dollar bills, and even foreign coins (which will eventually be used in another pattern). We also buy pennies at the bank. They come in boxes of 50 rolls and cost $25 each. We have bought a lot of boxes of pennies. 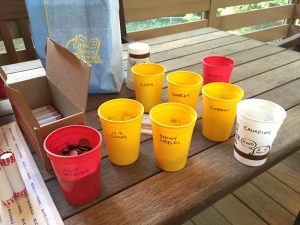 Wherever they come from, the pennies get sorted 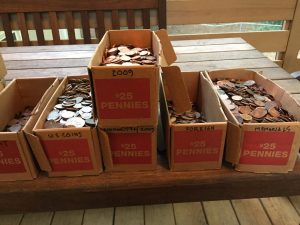 Then they are put in boxes and shelved in a closet. 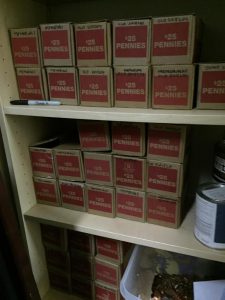 Later, as required by the design, the boxes are brought out of storage and the pennies are glued to the floor.