Hello! We hope you are getting excited about our upcoming event with Rick Riordan! It promises to be a night of fun for your kids- and for you as well!

Due to industry-wide delays as a result of the pandemic, the publication date for Daughter of the Deep has been moved to October 26th, 2021. What does this mean for you? Your event will still take place on Saturday, October 9th. Your book and commemorative t shirt will be shipped to you later in the month when the book officially goes on sale.

We apologize for this delay. Due to the continuing impact of Covid, publishers and booksellers are experiencing delays that may impact when a book is available. We are so grateful for your support and patience as we navigate these still present challenges. 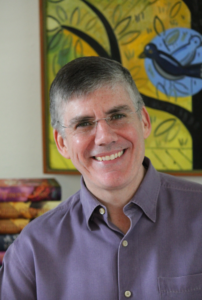 t's no secret around here that we are huge fans of Rick Riordan and his books! Lucky us, he has a new book coming this fall- it's called Daughter of the Deep, and it's Rick's first stand alone novel! Join us for an exclusive Little Shop of Stories VIRTUAL event with Rick on Saturday, October 9 at 7pm/ET. There will be videos, interviews, a LIVE Q&A, and of course tons of FUN.

Ana Dakkar is a freshman at Harding-Pencroft Academy, a five-year high school that graduates the best marine scientists, naval warriors, navigators, and underwater explorers in the world. Ana's parents died while on a scientific expedition two years ago, and the only family's she's got left is her older brother, Dev, also a student at HP. Ana's freshman year culminates with the class's weekend trial at sea, the details of which have been kept secret. She only hopes she has what it'll take to succeed. All her worries are blown out of the water when, on the bus ride to the ship, Ana and her schoolmates witness a terrible tragedy that will change the trajectory of their lives.

But wait, there's more. The professor accompanying them informs Ana that their rival school, Land Institute, and Harding-Pencroft have been fighting a cold war for a hundred and fifty years. Now that cold war has been turned up to a full broil, and the freshmen are in danger of becoming fish food. In a race against deadly enemies, Ana will make amazing friends and astounding discoveries about her heritage as she puts her leadership skills to the test for the first time.

Rick Riordan's trademark humor, fast-paced action, and wide cast of characters are on full display in this undersea adventure.

This event will be held via Zoom. A link will be provided at a later time.

Rick Riordan, dubbed “storyteller of the gods” by Publishers Weekly, is the author of five #1 New York Times best-selling middle grade series with millions of copies sold throughout the world: Percy Jackson and the Olympians, The Heroes of Olympus, and the Trials of Apollo, based on Greek and Roman mythology; the Kane Chronicles, based on Ancient Egyptian mythology; and Magnus Chase and the Gods of Asgard, based on Norse mythology. Rick collaborated with illustrator John Rocco on two #1 New York Times best-selling collections of Greek myths for the whole family: Percy Jackson’s Greek Gods and Percy Jackson’s Greek Heroes. Rick is also the publisher of an imprint at Disney-Hyperion, Rick Riordan Presents, dedicated to finding other authors of highly entertaining fiction based on world cultures and mythologies. He lives in Boston, Massachusetts with his wife and two sons. Follow him on Twitter at @camphalfblood.

Daughter of the Deep (Hardcover)