On Our Shelves Now

Other Books in Series

This is book number 2 in the His Dark Materials series.

The spellbinding sequel to The Golden Compass, the modern fantasy classic that Entertainment Weekly named an "All-Time Greatest Novel" and Newsweek hailed as a "Top 100 Book of All Time," continues the epic adventure, catapulting readers between worlds, and toward a devastating discovery.

Lost in a new world, Lyra finds Will—a boy on the run, a murderer—a worthy and welcome ally. For this is a world where soul-eating Specters stalk the streets and witches share the skies with troops of angels.

Each is searching—Lyra for the meaning of Dark Matter, Will for his missing father—but what they find instead is a deadly secret, a knife of untold power. And neither Lyra nor Will suspects how tightly their lives, their loves, their destinies are bound together...until they are split apart.

“Just as quick-moving and unputdownable as The Golden Compass. . . . The mysteries deepen and the wonders grow even more extravagant.” —The Washington Post

PHILIP PULLMAN is one of the most acclaimed writers working today. He is best known for the His Dark Materials trilogy, which has been named one of the top 100 books of all time by Newsweek and one of the all-time greatest novels by Entertainment Weekly. Pullman was knighted for his services to literature in the 2019 New Year Honours.

The Book of Dust, Pullman’s eagerly anticipated return to the world of His Dark Materials, will also be a book in three parts. It began with La Belle Sauvage and continues with The Secret Commonwealth.

Philip Pullman is the author of many other beloved novels. For younger readers: I Was a Rat!, Count Karlstein, Two Crafty Criminals!, Spring-Heeled Jack, and The Scarecrow and His Servant. For older readers: the Sally Lockhart quartet (The Ruby in the Smoke, The Shadow in the North, The Tiger in the Well, and The Tin Princess), The White Mercedes, and The Broken Bridge. He has written a magnificent collection, Fairy Tales from the Brothers Grimm, and his essays and lectures on writing and storytelling have been gathered in a volume called Dæmon Voices: On Stories and Storytelling.

"More than fulfilling the promise of The Golden Compass, this second volume starts off at a heart-thumping pace and never slows down....The grandly exuberant storytelling is sure to enthrall."--Publishers Weekly (starred review)

"The intricacy of the plot is staggering...There is no doubt that the work is stunningly ambitious, original, and fascinating."--The Horn Book (starred review)

"The character development as well as the relentless pace...make this a resoundingly successful sequel...it will leave readers desperate for the next installment."--Booklist (starred review)

Tuesdays & Thursdays at 11am
live at the Decatur Square gazebo! 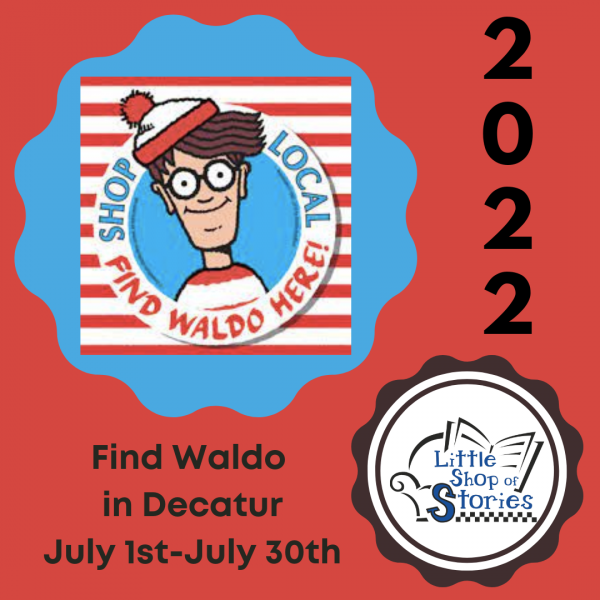